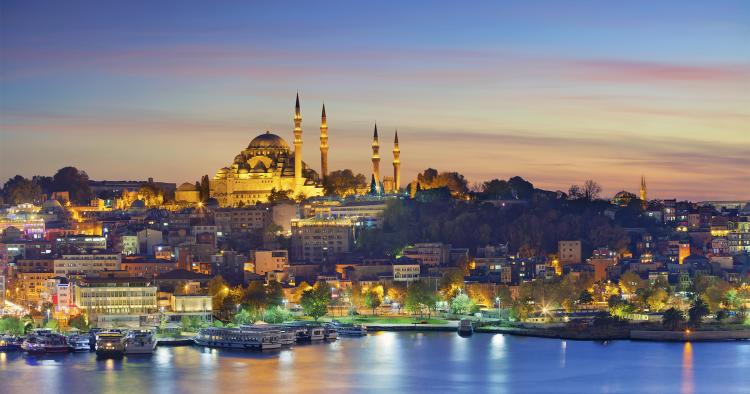 Did you know that one of the hottest ski destinations on the Eurasia continent is actually in Turkey? The country’s Mt. Erciyes offers some of the most affordable skiing in Europe (though it’s actually in Asia) and is just an hour flight from Istanbul, and a half-hour drive from the magnificent natural structures and underground dwellings of Cappadocia, Turkey’s ethereal rock-formed world. While ski resorts in countries like France, Italy, and Switzerland may be better known, Turkey’s Mt. Erciyes offers an experience that’s both affordable and incredibly unique.

Ready to check out all this magical mountain and its surrounds have to offer?

Towering 12,851-feet, Mt Erciyes is Turkey’s six-tallest mountain: a now dormant volcano and centerpiece of the country’s Central Anatolia region, where you’ll also find Konya—the spiritual home of whirling dervishes—and Cappadocia, an otherworldly landscape of mushroom-like Fairy Chimneys and other fantastical rock formations, created from Ericyes’s eruptions millions of years ago. The area was once part of the ancient Silk Road, and the mountain itself has long been symbolic of the area, even appearing on old coins.

Ericyes is popular among mountain climbers, with W.J. Hamilton being the first known person to summit the peak in 1837, and Miralay Cemil Cahit Bey the first Turk, in 1924. More recently, it’s also become a skiing hub, with dozens of blue, red, and black diamond slopes.

Opened in 2011, Erciyes Ski Center brought “cultural skiing” to Central Anatolia, a term referring to the resort’s proximity to Cappadocia, where you can spend the night in a cave hotel, shop for handmade ceramics, and—if you’re a woman—leave a cut of your hair (and endless DNA) in Chez Galip Hair Museum (one featured in the Guinness Book of World Records), for both posterity and a chance to win a free trip to the area, and intern under a master potter who’s a dead ringer for Albert Einstein. The resort features modern facilities including gondola lifts and snow-making machines, and has runs for both skiers and snowboarders.

The best part? They’re entirely treeless, so you won’t have to worry about any run-ins with nature on the way down (other people on the slopes is a wholly different story!). There are both equipment and clothing rentals onsite, including ski pants, jackets, goggles, and ski boots, and beginner private and group ski courses available. A licensed instructor gives these, and though their English may be limited to words like “turn” and phrases such as “come here,” the ski positions of pizza and French fries are seemingly universal.

Several of the slopes look right out onto a stunning mosque that appears almost Oz-like in the surrounding snow, and the Islamic call to prayer can often be heard as your careening down the mountainside.

Along with snow sports and climbing, Mt. Erciyes is also an excellent spot for hiking or trekking and even has a designated area for camping. Both guided trekking and climbing tours are available, as well as mountain biking excursions and ATV safaris.

Mt Erciyes is located between 10 and 15 miles south of Kayseri, one of Turkey’s most Islamic cities, and that is well known for its carpet production. But if it’s libations or hookah smoking you’re after, you’re best off heading to Cappadocia. Still, Kayseri makes a good base for the region’s outdoor sports and is just a few minutes drive to the region’s main airport, Erkilet International.

Less than an hour drive from Mt Erciyes is the legendary Cappadocia, where bizarrely-shaped ancient and towering rock formations—some that have been turned into homes and places of worship—reign, and underground cities exist beneath your feet. Cappadocia means “land of beautiful horses” in ancient Greek, and this UNESCO World Heritage Site is one of Turkey’s most visited sites—for a good reason. From its extraordinary volcanic features to its unique cities, and the dozens of hot air balloons that dot the sky with color on bright, windless days, Cappadocia is a place you cannot miss.

Where to Stay and Eat

Kayseri is home to several chain lodgings, including both a Radisson and Wyndham hotel, though you can also stay on Mt. Erciyes itself. While the resort doesn’t offer the kinds of luxury condos you’ll find at most larger ski areas—you will find a basic guesthouse and a couple of fancier hotels. For an actual one-of-a-kind experience, spend a night in one of Cappadocia’s cave hotels. The boutique Hotel Acropolis Cave Suites has an upper terrace offering stunning views and luxe rooms built right into the volcanic rock. Some of the guestrooms are constructed of stone, so be sure and specify what you want.

In the Cappadocia city of Uchisar, you’ll find Kadineli, an all-women run restaurant (an anomaly in Turkey) serving up home-cooked meals. At the same time, Kayseri is home to pastırmas serving up delicious air-cured dry beef alongside omelets and traditional meze plates. The Mt Erciyes Ski Center has several eateries, including a mountainside cafe, a place where you can dine on Turkish pizza, and a spot for cups of strong and unfiltered Turkish coffee. There’s also a bar with fireside imbibing.

In the scheme of ski resorts, Mt. Erciyes is dirt cheap, with an approximate cost of $100 for a season lift ticket or $10 per day. It’s only about a 35-minute drive from Kayseri’s airport to Erciyes Ski Resort, meaning you can wake up in Istanbul (the flight from Turkey’s capital to Kayseri is one hour) and be skiing on the slopes of Mt. Erciyes by early afternoon—and ski equipment and bicycles are free on Turkish Airlines flights from destinations within Europe year-round.

Florida-based tour company Flo Tours offers tours of the region that begin and end in Istanbul, and include skiing on Mt. Erciyes and a couple of days in Cappadocia, which involve exploring one of the region’s underground settlements, a visit to Cappadocia’s “Caves of God,” churches and monasteries that had been concealed within confines of volcanic tuff, and a lesson in Turkish rug making (as well as some aggressive sales pitches at Matis-Cappadocia. 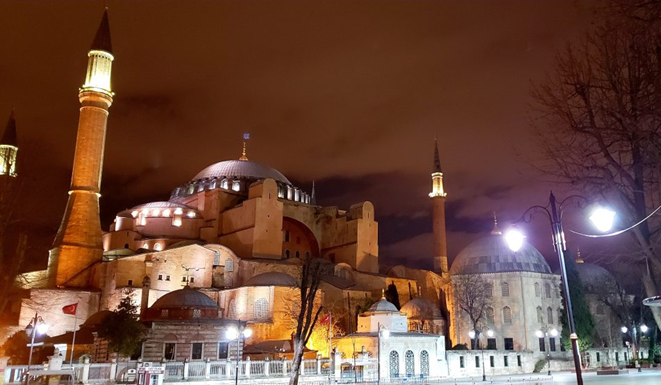 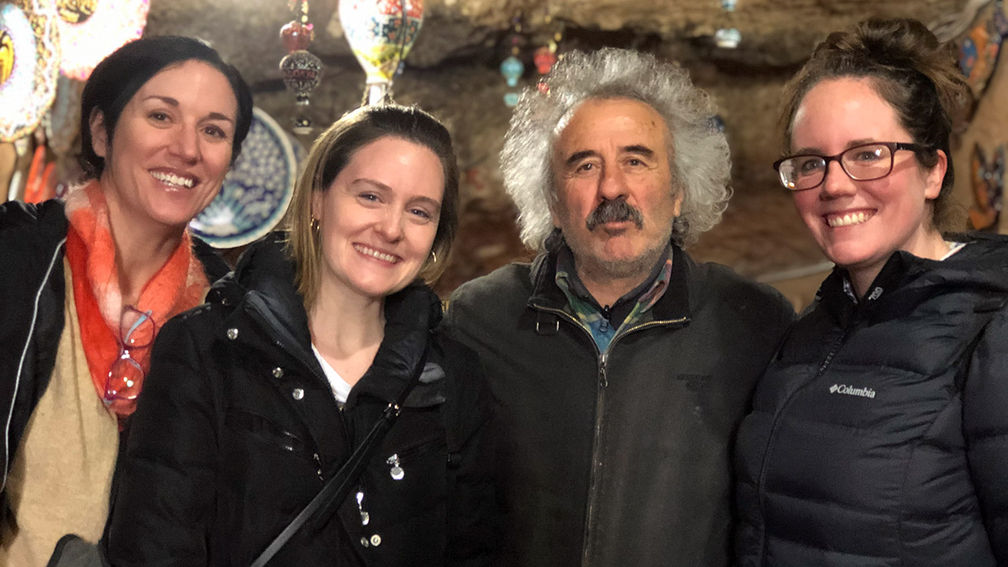 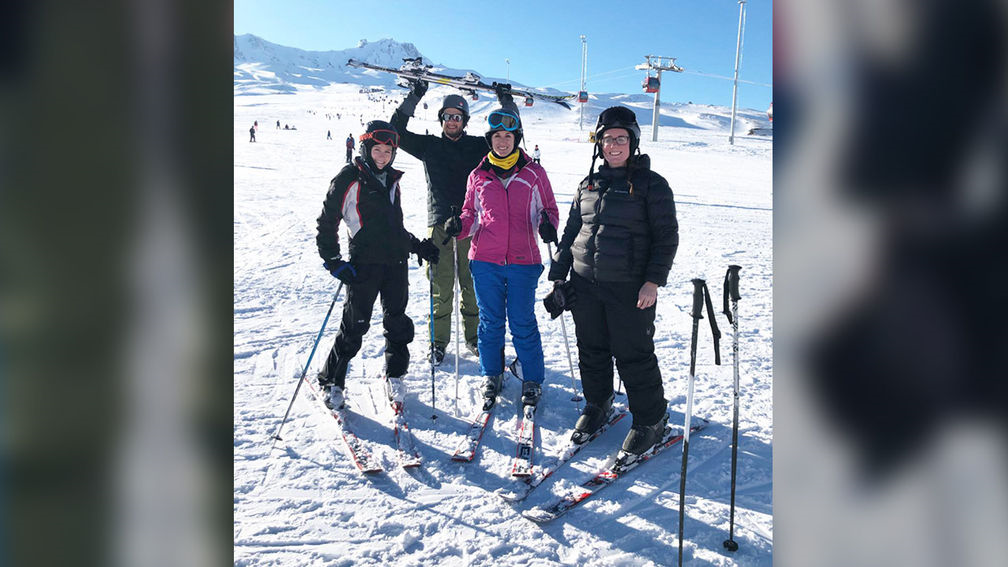 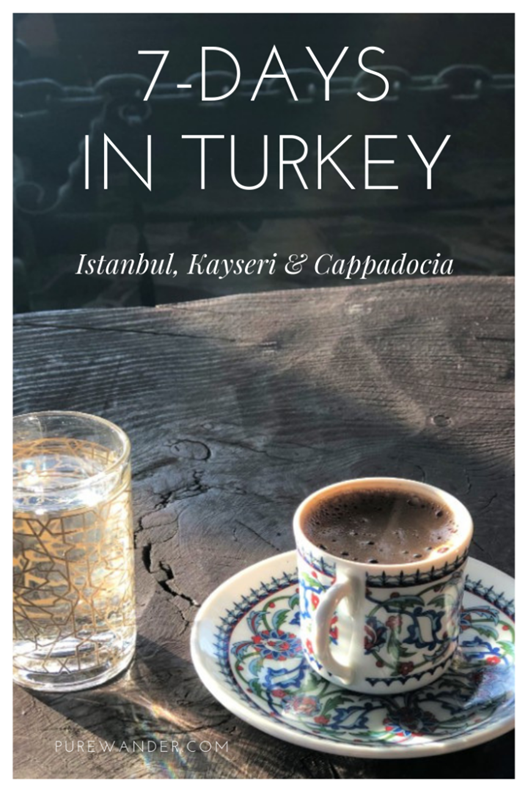