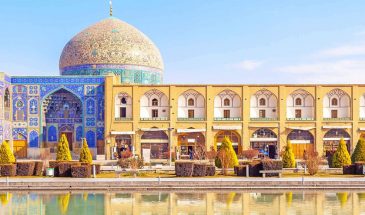 Did you know one of the most mysterious and closed societies of the world lives in the famed Fann Mountains of Tajikistan? The Yaghnobi, a people directly descended from the ancient Sogdian civilization of Central Asia dating back to 6th century BC. Due to its natural isolation and limited infrastructure access, the people of Yaghnob Valley have been able to preserve their distinct lifestyle, culture and language, which is closely related to ancient Sogdian. Pre-Islamic beliefs and customs are still found in the valley today. And beautiful lady Roxana was a Sogdian Princess who became wife to Alexander the Great was from the Israfshan city of Tajikistan. She traveled to Macedonia with her son, and heir to the throne, where they were protected by Alexander’s mother Olympia. Come and experience the secrets of history for a cultural encounter and common grounds of civilization along with unimaginable natural beauties such as Iskenderkul Lake and Pamir and distant but delicious Tajik Cuisine.

Whole day city tour in Dushanbe: visit to the National Archaeological Museum of Tajikistan with the famous Buddha statue. Our next stop is the Navruz Palace. Initially this building was supposed to become the largest teahouse in the world. However, during construction, which involved hundreds of artisans from all over the country, the interior became so impressive that it was decided that it was going to become a palace instead of a teahouse. Most of its rooms are now used only for official government meetings with guests from abroad or for international conferences.

Afternoon drive out of the city to visit to Hissar Fortress (25 km), the Madrassah Museum. Many centuries ago there were a noisy market and caravanserai. Drive back to Dushanbe. Dinner at local city restaurant.

After breakfast, we drive to Yaghnobi. The valley is formed by the Yaghnobi River and belongs to the Zarafshan basin. It lies between 2,500 and 3,000 meters above sea level and is virtually inaccessible for six months of the year. The Yaghnobi Valley faced major challenges in the 1970s, when its entire population was forcibly removed and resettled in the Zafarabad region during the soviet time. However, the links to the valley were not entirely destroyed, as some Yaghnobi farmers continued to graze their herds in the valley and maintained the cemeteries and sacred places.
Overnight in Iskaderkul.

- Dushanbe (130 km/3 hrs.) Iskanderkul Lake, known as a lake of Alexander the Great which was established in 1969. The area of the lake is 30000 ha. According to the legend, the Iskanderkul Lake was named after Alexander the Great, known as Iskander in the East. People say that Alexander the Great’s path to Central Asia from India laid through this lake. Lunch at traditional homestay "Dilovar". Exploration the surroundings of the lake: five springs, Zmeinoe Lake (Snake lake), walking to 38m high waterfall which is called “Fan Niagara“ Return to Dushanbe in the afternoon. Overnight in Dushanbe.

Departure to Pamirs on Highway M41. Via Tawildara (280km) and Khaburabad pass (3252m) (or via Kulyab region). We can see more conservative attitudes of this region in local dressing style and beards, but the hospitality is just as welcoming. We pass over Khaburabad Mountain Pass to Kalaikhum and the scenery and the people change again. The people here are Badakhshanis with their own languages. There are seven different languages used in Tajik Pamirs. Kalaikhum sits on the Panj River, a major tributary of the famous Amu Darya (Oxus) River. Overnight in Kalaikhum.

The road will follow near Panj River, a tributary of the mighty Amu Darya (the famous River Oxus). During this entire trip, we will see Afghanistan from right side across the river, where the big difference of lifestyle of Afghan and Tajik Pamirs is visible. We will see the effort of the Afghanis to have their first highway that is built with no machinery. Khorog is the administrative centre of the Pamir region, dramatically set deep in the valley at the confluence of the Panj and Ghunt rivers and boxed in by the mountain peaks. Overnight in Khorog.

Today we will explore Khorog which is the administrative center of the Pamir Region, dramatically set deep in the valley at the confluence of the Panj and Gunt Rivers and boxed in by the mountain peaks. There are a number of places which we will visit, from the Ethnographical Museum to the surprisingly well stocked Botanical Garden (one of the highest in the world). Also, we will visit the UCA old and new campuses and local Jamaatkhana. Overnight inKhorog.

Visit to the botanical garden and further transfer to the town of Kalaihum. Lunch on the way; dinner and overnight at guest house. You may notice more conservative attitudes of local dressing style and beards, but the hospitality is just as welcoming. Overnight in Kalaikhum.

After breakfast we drive toward Dushanbe via Khobu-Robot pass (3252 m). You ‘ll take the route in middle of the high Badagshon Mountains range. It’s gonna be accessible to see the most beautiful views on the way. Dinner at the oriental tearoom. Overnight in Dushanbe.

Transfer to the airport of Dushanbe for your international flight.